There’s nothing like a three and a half hour traffic jam to dampen the mood on a road trip. To start with the four of us joked around and thanked the Lord that we had no kids with us.

Flying was an option, but the drive would save money. Our plan was to get to Washington DC a little early, sight see for the afternoon, evening and the next morning, before the start of the International Justice Mission Global Prayer Gathering we were attending later on the next day. Our friend Mark was flying. We tried hard not to be jealous.

After three hours of moving barely three miles we turned into those children, well, the two females among us did – me being one of them. Our journey started the day before at 2pm driving to New York until 2am, had a few hours sleep in a hotel, then up in the morning to carry on the journey. It was now nearly 4pm. There were still two more hours of driving ahead according to the GPS even if things started moving. The day was beautiful. Blue sky. Hot sunshine. The exhaust fumes stunk. We were supposed to be walking around the National Mall in downtown Washington, enjoying our first visit to a major US city, not seeing how many state plates we could spot in the traffic jam heading out of New Jersey and into Delaware. There were no exits. We hadn’t had lunch, we needed the bathroom, we moaned. I considered crying. This was cutting into our free time. 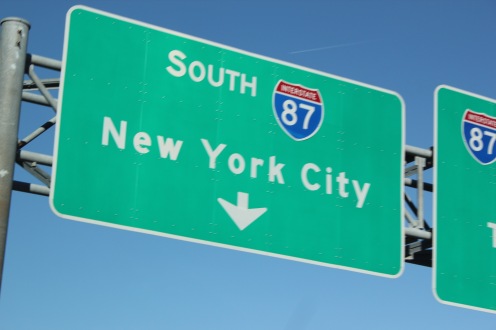 The cause was three lanes closed on the Delaware Bridge. In the middle of a week day they decided to drop a metal plate into the bridge, holding up everyone heading south on the I-95. Nuts. Eventually we passed it, we were free.

I was thankful to be on the trip. Our friends who we travelled with are representatives of International Justice Mission in Atlantic Canada. Rick is a police officer and Bronwyn is a lawyer so it makes sense for them to be there, but us? Yes, I’m stirred about these justice issues but, I felt a little like a fraud. ‘Roofer and library clerk tag along!’ We’re meeting up with the folks at IJM Canada and it’s a little hard to believe. Isn’t that how God works though, sometimes with the least likely people? As I saw through the couple of days we were there, it takes many kinds of people to do this work.

One speaker said at the first meeting we went to, ‘Are we more in love with the idea of justice, than actually doing justice?’ Not his exact words, but along those lines. We like the idea of changing the world, but it requires effort to go through with it. I may be guilty of this. I love the idea, I’m angry at injustice, but when it comes to it, I’m not great at being out of my comfort zone. Someone else said the work of justice is sometimes, ‘long and boring’. Advocating for others isn’t an instant fix, it takes time, diligence and hard work. If we’re serious we’ve got to be prepared to persevere.

For this among many reasons I love the work of International Justice Mission and other organizations like A21 who are on the ground fighting injustice. They are in it for the long haul, and they are passionate in what God has asked them to do, and confess their dependency on him to do it.

I liked one of the stories of an IJM rescue mission early on in their work in Cambodia. Some young girls that were rescued from a brothel were then thrown in jail. Nowadays IJM would have agreements in place so that wouldn’t happen to survivors of trafficking, but then it was different. It had already been a very long day, there was nothing more they could do, so the lawyer sat outside the cell all night, just so someone was there with those girls. Fortunately she couldn’t understand the language so didn’t understand when she was being asked to leave. She was just there for them. Sometimes all you can do is be there.

There was story after story of horrific injustice, but then of rescue, of miraculous speeding up of legal proceedings, of restoration. There were stories of police forces in India and elsewhere trained by IJM to deal with human trafficking as well as how to treat survivors. Sometimes IJM works to free large numbers of slaves from brick kilns and other such places, sometimes they search for the one trafficked girl. Sometimes it takes several attempts to rescue the one. In each prayer room, there was one for each Field Office, we started with thanking God for what has already happened and then asking for more.

There were stories of progress, of attitudes changed, of police forces starting to protect the vulnerable, of places where trafficking of minors is reduced to almost nothing. There are also stories of huge challenges, from governments who block the work to the sickening increase in cybersex trafficking (people paying for girls and boys to be abused over the internet) to the safety of the teams on the ground.

On the first full day I listened and prayed, prayed and listened. Some things I knew of, some I didn’t. It was a lot to take in, but I was okay. On the second day it started to get to me and the tears started to roll. When you hear about children of ten years and much younger being taken from their families and made to work as slaves it’s hard not to.

Two stories told by the people themselves stood out for me. Neither of them I can share in detail here as we were requested not to for security reasons. I wish I could. I wish everyone I know could have sat and listened to these beautiful people. One used to be a slave in India, one was an orphan and victim of injustice in a country in Africa. They both endured different forms of injustice. Both went through terrible trauma. Their lives have been hard and filled with grief. Yet their faces shone.

The former slave is now a lawyer, helping to free others like him. The African woman who at one time only had a strip of cloth to cover her, stood in the most beautiful dress and told us she is now a social worker helping others in her country. Both thanked Jesus for first saving them. Both have the biggest smiles. Joy.

After, the worship leader said, ‘Surely we are among kings and queens.’

I think we all felt that. Outside on the tv screens in the foyer of the conference centre the news channels’ coverage of the musician Prince’s death rolled on and on. The world mourning an idol. A few blocks away helicopters and security forces guard the White House. The contrast of the pride and grandeur of the city outside compared to what we were hearing and praying about was not lost on us. Yet we were in the presence of kings and queens. Kings and queens of endurance and faith. 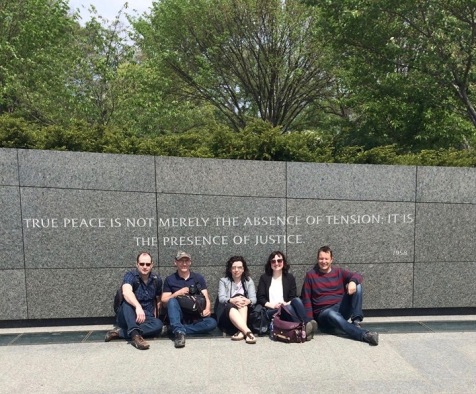 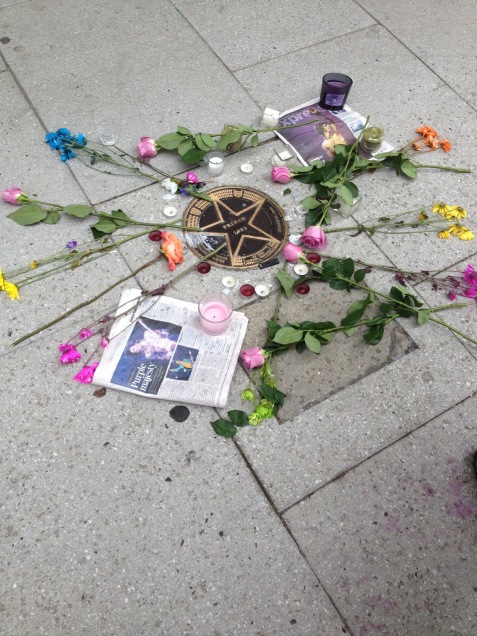 Tributes left at Prince’s star outside a Washington theatre 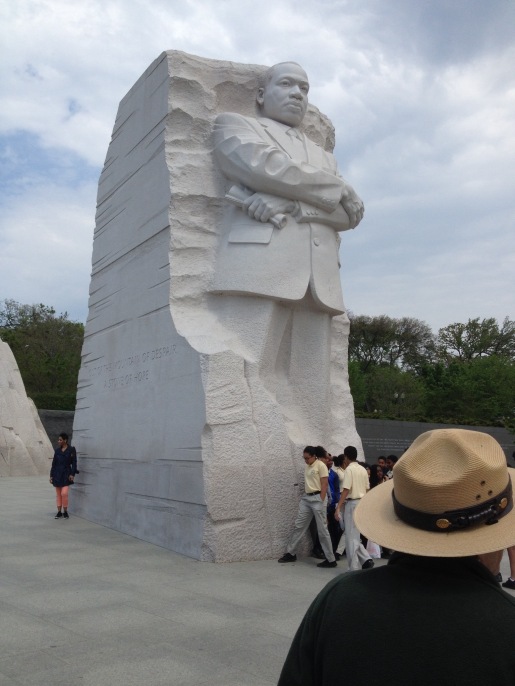 Us outside the White House

Those stories. Saved from slavery, going through programmes to heal and restore and then going to school in order to turn around to rescue and help others. There’s beauty in that. It’s brave. It’s gritty.

It all put our few hours stuck in a traffic jam into perspective. Our discomfort only lasted a very little while. Though we wanted someone to do something about it, we knew that we’d get through the traffic eventually. We were safe. How quick we were to moan and to get impatient when our plans were interrupted!

People held in various forms of slavery around our world today often have no idea when it will all end. Their lives are robbed from them. Often they have no one to call on, to protect them, they don’t know when or if they will be rescued.

I’ve heard this story on a number of occasions: ‘We prayed to every god of every religion, but then we prayed to the God of the christians and He answered.’

I don’t know what my role is, but I want what I do in my life to bring others freedom. I’d like my children to get this too, to consider how their training can serve others, how they can play a part in bringing justice and mercy to a broken world.

Then there’s the wider challenge. It’s too big a thing for organizations like IJM to tackle modern-day slavery and other injustices alone. It is the calling of the church. In the fight for justice the church should be the loudest voice because our God is the God of justice. It’s all about bringing his kingdom in.

We are called to pray and to use our training, skills, creativity and voices to bring love and justice to those suffering injustice in our community and globally. The task is overwhelming, but God is a big God and it is his fight. Some of us will be on the field, others not. We’re still all called to be people of justice. We can only give what we have to him and then see what he does.

Learn to do good;
seek justice,
correct oppression;
bring justice to the fatherless,
plead the widow’s cause. Isaiah 1:17