I know – it is a little late, but the task for this week from the Great British Bake Off required a little patience so…

Bread week. Ciabatta technical challenge. I have made Ciabatta before and each time the dough turned out a bit too wet and sticky and the loaves a little flat. I printed off Paul Hollywood’s latest recipe for the Bake Off and gave it a go.

My big tip here would be to read the steps through before you make it and then re-read. I scanned through quickly, but then started to make the dough at 2pm in the afternoon on Thursday. Alas I hadn’t read the part properly that said, ‘leave to rise for at least six hours.’ Aghh! Suddenly, I could see a very late night ahead of me.

Sure enough after the six hour first rise, which passed quickly as I was busy, was a second rise for the dough in a square tub until it was three quarters of the way up. When it got to around 10pm I considered just moving on to the next step regardless as it then needed to be left again for another 30 minutes. Paul’s words to the bakers had been, ‘Be patient’ – and the baker who won the challenge was the one who waited the longest. So I waited, feet swinging as I sat on the kitchen stool.

It turned pretty good, better than any ciabatta I’ve made to date, so the waiting paid off – even better as bruschetta made with home grown tomatoes. 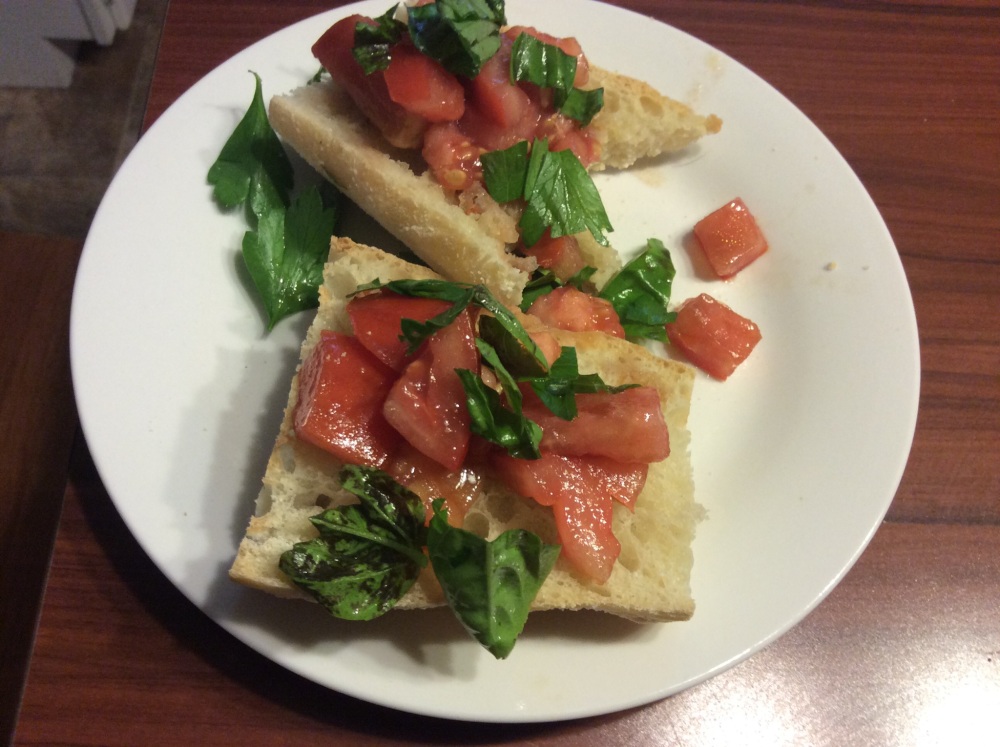 All that evening as I pottered around or sat down waiting it got me thinking about patience. That bread would have been ruined if I tipped it out sooner. A solid flat bread.

Sometimes in life I can be impatient about moving onto the next thing, the next step. My brain moves at a thousand miles an hour trying to work things out myself. What I really need to do is be obedient with what I’ve been given and let God bring about the rest, while I rest in Him. He does the rising up and as for the timing – that’s completely up to him.