The ‘Time 100 Most Influential’ caught my eye last week. Among the world leaders, politicians, religious leaders, movie, pop and sports stars, writers and scientists a couple of stories caught my attention.

Withelma ‘T’ Ortiz Walker Pettigrew lived in foster care in the US for years and for 7 of those she was victimized by sex traffickers. She managed to escape. Wanting to change the situation for others she found the courage to speak up about her experiences by testifying to congress.¹

Then I saw the write up about Sister Rosemary Nyirumbe, who has served in Gulu, Uganda, for 30 years in the midst of violent wars in Northern Uganda and Southern Sudan. She and the sisters at the Saint Monica Girls Tailoring Centre have cared for 2000 girls who had previously been abducted by Joseph Kony’s LRA and used as child soldiers and sex slaves. Most are unable to return to their communities as they are rejected because they were made to commit atrocities in their own villages and they bore the children of their captors. At the Saint Monica Girls Tailoring Centre they are taught to ‘make their own clothes, grow their own food, learn a valuable trade and show mercy to others that are less fortunate’ and they are loved.²

These two women didn’t seek after influence and had no power of their own, but found themselves in situations where there was a possibility of doing something. The rest of the list includes both good and bad influences on the world, some with stories like the ones above, and some I wondered whether they had any real influence at all.

Last weekend, I had an amazing time at a conference my church family, Christ Central Church Fredericton ran in our city. What impacted me most was and is God’s great love and grace and that shown in His power at work, in lives changed and healed. Depression gone. Back pain gone. Legs lengthened. Arthritis healed. The freedom from sin and sickness that Jesus’ death and resurrection achieves for each of us.

And the words, ‘hope restored’. 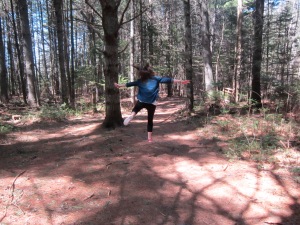 This goes far beyond the four walls of a convention centre into our city, nation and across the nations.

When it comes to influence, I am under the influence of the living, loving God. I pray that shows in my life and in the life of our church. I know that that love does spill out, I know people who feed the hungry, help the homeless, teach people in developing countries how to farm their land effectively, care for the vulnerable, campaign against injustice and so on and so on. Some just change the atmosphere of their workplaces, or family by showing a little bit of God’s love. Their names won’t appear on the 100 most influential, but they’re influential nevertheless to the people who their lives touch.

I may not influence thousands, but with what God gives me to do I can make a difference, I can do something. This encourages me to do the little I can do and let God take it from there.

In the end it is not influence that I’m seeking, but God’s kingdom.

‘With man it is impossible, but not with God. For all things are possible with God.’ Mark 10:27